When looked at, all you can think of is their beauty. Lab grown diamonds also called synthetic diamonds or cultured diamonds are today taking over the fashion world. With famous celebrities endorsing these artificially made diamonds, they are gaining popularity by the day. Lab grown diamonds are gemstones that are crafted with the help of cutting-edge technology in laboratories and look similar to a natural diamond. Distinguishing them from their natural counterparts is almost impossible with the naked eye as they share the same physical properties

Today, lab grown diamond manufacturer and wholesaler in India are not just a small number. Especially in Surat which is known as the Diamond city of India, the competition is pretty high. Therefore, to be the best diamond manufacturer in India is not a piece. Lab grown diamond companies are familiar to all and it is just a matter of few minutes before one decides the company from which he should get his diamond. But, this was not the case decades back.

Lab grown diamonds were first made in the 1940s, although concrete proofs are yet to be found. When the world was ravaged by the effects of war, diamonds were to be made for industrial purposes due to their excellent sturdy nature and high heat-resistant properties. As natural diamonds were rare and difficult to be obtained, it became a necessity to come up with alternate solutions. Man-made diamonds were thus introduced to the world not to satisfy the thirst of fashion but for cutting hard metals, drilling for gas exploration, and grinding other gemstones.

According to recorded history that is widely accepted around the world, the first non-natural diamond was made by a group of researchers who spent years looking for ways to create diamonds artificially. They had a company called General Electronics in New York. In the 1940s, it became the sole area in the world where intense research for artificial diamonds was happening. Code-named “Project Superpressure” this team had six researchers from different scientific fields.

To become the first manufacturer of man-made diamonds was the strongest desire of the group. For years, they tried and tested many experiments but all failed. By then, GE became a familiar name around the world; a name often equated with synthetic diamonds. The researchers were getting more agitated with each year. Their goal was not just to produce artificial diamonds but to develop a mechanism that can replicate them as well.

Eventually, it was in the year 1954 that the breakthrough happened. When unexpected, came the realization that they indeed produced the first artificial diamond known to man. The subsequent time was spent to redo the same process and see what actually gave birth to the first lab grown diamond. In 1955 the synthetic diamond was put before the world through a press meet, but the technical details were never revealed. Although initially the diamond experts never gave much importance to this incredible invention, later on, they began to take over the diamond market. Today, CVD diamond manufacturers are trying to find their way to the top of the corporate ladder just to reap profits from them. 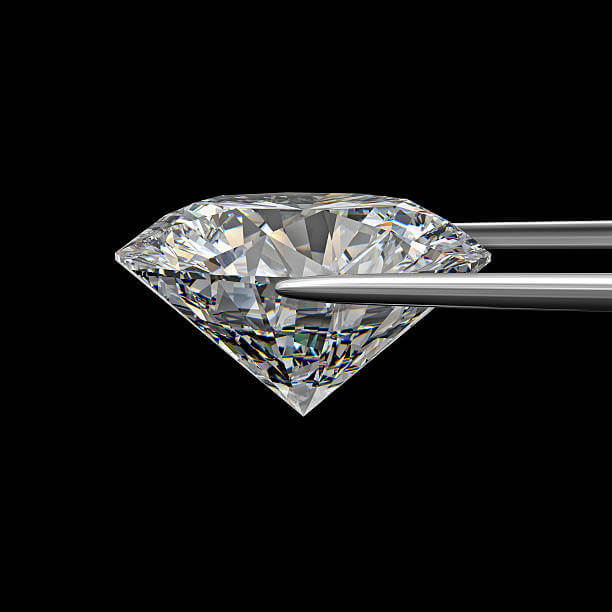 How are lab grown diamonds made?

Created in highly sophisticated labs set up with the latest technologies, cultured diamonds are created under strict supervision in pre-fixed standards. Hence, they are created in a uniform manner like a normal factory product. An atmosphere is created inside the labs that is highly pressurised and similar to the one that gives origin to natural diamond. The only difference is time frame needed for the formation. Man-made diamonds can be made within two weeks whereas natural diamonds takes years to get into its complete form.

What are the major types of lab created diamonds?

HPHT diamond: HPHT or High-Pressure High-Temperature diamonds were the first synthetic diamonds made back in the 1950s. The other methods were introduced in the field with the advent of new technology. As the name suggests, diamonds made using this method need to have the two conditions fulfilled: high temperature (2000 Fahrenheit) and high pressure (1.5 million pounds per square inch). A diamond seed will be placed inside carbon which will then be put under immense pressure at the mentioned temperature. As a result, the carbon melts and wraps around the seeds, creating a bigger stone that becomes the raw artificial gemstone when cooled.  There are three modes of manufacturing processes such as the split sphere, the cubic press, and the belt press. Irrespective of the methods used, a conducive environment like the one mentioned above is necessary to make HPHT diamonds.

CVD diamond: Chemical Vapour Deposition or CVD is the technique used by lab grown diamond manufacturers to produce artificial diamonds that are purer than HPHT diamonds. The diamonds thus created are categorized as Type IIA diamonds which occur very rarely in nature. Here, the diamond seed is placed inside a vacuum chamber which is filled with carbon. When a high temperature (1500 Fahrenheit) is applied, the carbon changes into plasma form, and its pieces stick on the surface of the seed in layers making it grown in size. As the temperature falls, it sets and becomes the synthetic diamond that is polished to become perfect. CVD diamonds are not touched by boron or nitrogen impurities and lack magnetic properties, unlike HPHT diamonds.

Despite the differences, both look and feel the same. Rahi impex offers excellent cut lab grown diamonds of both types.

Why are lab created diamonds becoming popular these days?

Lab grown diamond manufacturers in India are today serving not only the customers in the country but around the world. Being the hub of diamond manufacturing, some of the best natural and lab grown diamonds are made here in our country. It is a widely known fact that man-made diamonds have taken over the diamond market in the past few decades. The trend is on the rise and is never going to fall in the near future.

Natural diamonds are extracted from nature and hence mining is an inevitable part of the procedure and is looked upon as an activity that leaves an immense effect on the balance of the ecosystem. The huge holes that are dug not only affect biodiversity but also lead to other environmental problems. Soil erosion, sinkholes, contamination of soil and water, and deforestation are just a few among them. These harmful activities are never a part of the origin of diamonds that are made artificially. Nature does not play a role here and hence, it is never affected by the procedures that give birth to lab grown diamonds.

Mining accidents are not unknown to us. Every year we lose almost 1 in 1000 labourers to accidents that happen during the process. Human and animal lives are at risk with mining and there have been laws established to safeguard the same. However, despite the laws and advancements in mining technology, unfortunate situations occur even today. Devoid of such accidents or other disastrous situations that risk lives, the formation of artificial diamonds is conflict-free

Man-made diamonds are comparatively cheaper than natural diamonds. The latter has always been given the upper hand may be due to the difficult extraction procedure and the rarity in finding them. With the advancement of science even better stones with the same chemical properties could be created in labs rendering them cheaper than the natural rough stones.

Lab grown diamond manufacturers in India are known for their perfect synthetic stones. Even when they are made with technology, the basic constituents and the conducive environment created are the same as their natural counterparts. Moreover, the limits and measurements are controlled here making them the synonym of perfection in every way. Hence, they are purer and much higher in terms of clarity and precision than natural diamonds.

Lab grown diamond have an edge over natural diamonds due to the following reasons.

How are lab grown diamonds different from cubic zirconias?

Cubic zirconia is not at all the same as lab grown diamonds. In fact, they are called diamond simulants that are produced pretty cheaply. The presence of carbon is nil in zirconias that they can never be considered as diamonds. Made in an entirely different and easier manner cubic zirconia are inexpensive and not suitable for long-term usage. Hence, never can these be equated with mined or artificial diamonds.

Are lab grown diamond manufacturers in India better than the other countries?

India serves almost 90% of the world’s polished diamonds. The business arena in the face of the pandemic has been affected in numerous ways, yet the Indian diamond manufacturing industries are working in full swing as orders continue to pour in from the US, Hong Kong, China, the Gulf, and some European nations. This shows how much lab grown diamond manufacturers in India have managed to prove their expertise despite the tough competition around the world.

Lab grown diamond manufacturers in India are known for their cost-effective way of polishing natural and producing artificial diamonds. Moreover, they are acclaimed for their expertise in designing, diamond strengths, lower cost of production, and a strong grasp of the psychology of the consumer base. It is estimated by financial experts that the lab grown diamond manufacturers in India will soon take over the global diamond market for good.

Why should you buy lab grown diamonds from Rahi Impex?

Rahi impex promises you only the best of the lab grown diamonds there are. With years of experience in the field of diamond manufacturing, we have tested and tried methods to bring to the floor the incredible man-made stones for our beloved customers. We offer a range of lab created diamonds starting from loose synthetic diamonds to exquisite lab grown blue diamonds. Our artificial diamonds are made with clear-cut technology giving priority to 4Cs – cut, clarity, color, and carat weight. It is not just the glisten and standard of the diamonds, but also the exemplary service that we offer, that made us one of the most coveted lab grown diamond manufacturers in India. Click here to check out our breathtaking collection of lab grown diamonds.

Team Rahi looks forward to get in touch with you

Let's get on a call and get things going!

WE ARE WORKING  FOR YOU